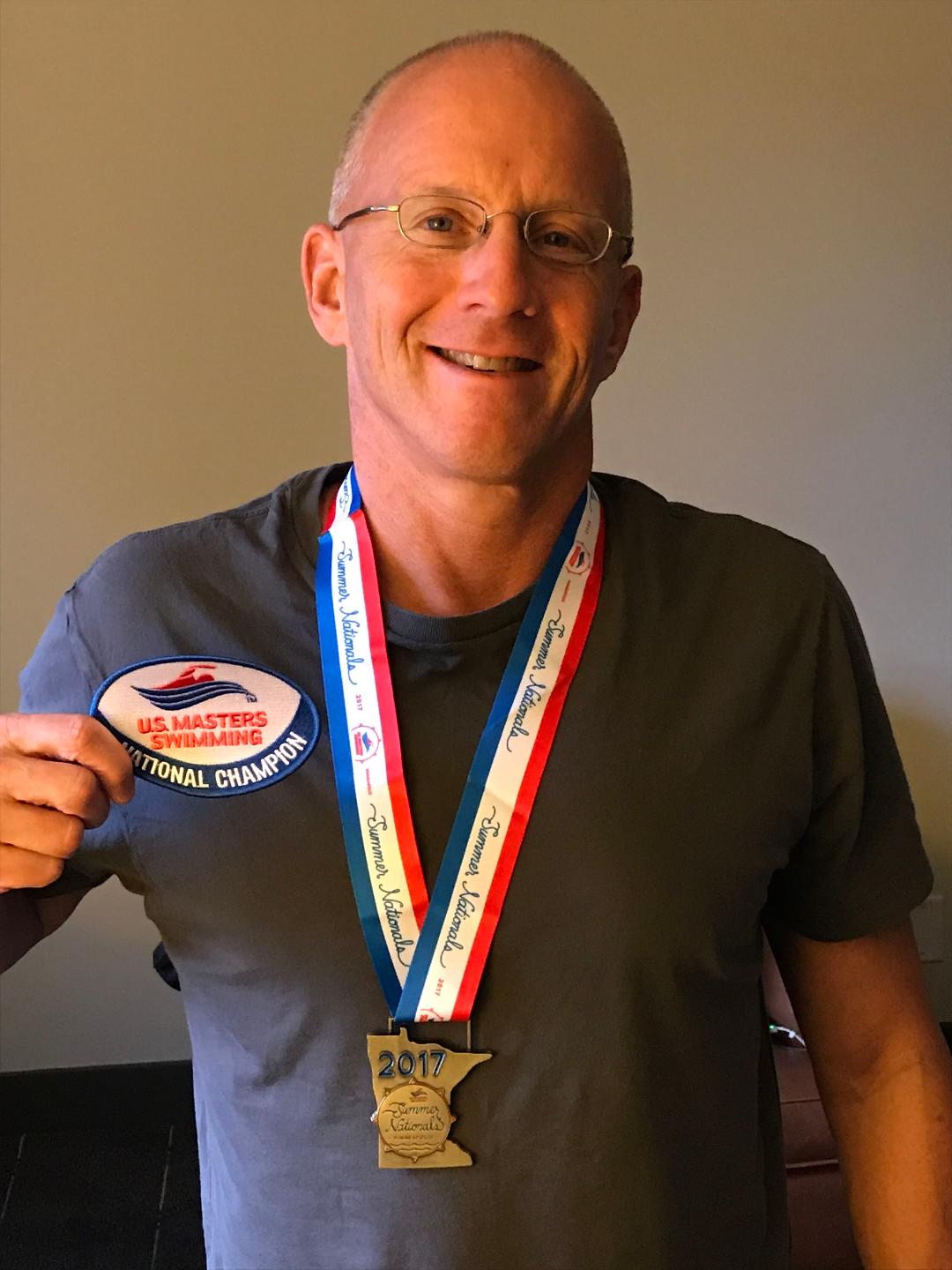 “It’s my pleasure to identify Trip Strauss as the 2017 Masters Swimmer of the year.  Unfortunately Trip has a medical issue and can’t be with us tonight. But since he’s not here, I can say what I like about him and he won’t have any response.  That’s unusual for Trip because, if you know him, you know he almost always has something to say, something about swimming, something about your swimming, how you can make it better, how you can improve, how you can try this or that technique or workout set to get better results.

Because for Trip, it’s always about helping other people do better.  When Trip is on the deck or in the water, he’s always got a good word to share with masters swimmers or age group swimmers.  He is one of those people whose enthusiasm and energy is infectious. He makes things better for everyone. Here’s an example.  At his birthday swim when he turned 60 this year, Trip announced he would do a set of 60 X 50 yards on a 50 second send off. That’s a 3,000 yard set.  Not only did he do the set in style, but he had a dozen of us in the pool with him that morning. And following his lead, we then went down to the brutally cold long course pool and did a 400 meter “warm down” in 63 degree water.  That’s leadership.

Trip’s parents were some of the founding members of the LRRC.  And since Trip has been on the Dolphin team most of his life, you might say he grew up at the club.  But Trip has never really grown up. He’s the Peter Pan of Arkansas swimming. He’s the guy whose license plate reads “400 meters.”  He’s still a kid at heart. Still believes in the impossible.

But what’s real about Trip is his generosity, his passion, and his support of others.  And by the way, last summer , he won the 400 and 800 meter free at the US masters national long course championships.  And he was 2nd in the 200 free. He won these events as a 59 year-od, at the top of his age group, racing against the young guys.

That’s Trip Strauss, my good friend, and your Arkansas Master Swimmer of the Year!” 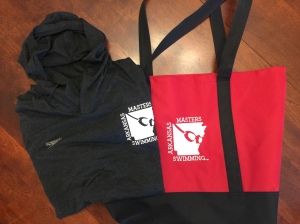